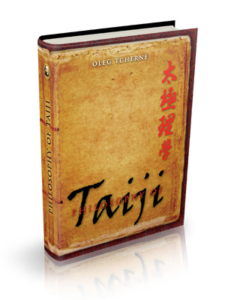 This book aims to present the foundation of the philosophy of Taiji, which was developed in China at the height of the Daoist era between 700 BC to 200 AD. This philosophy provides an alternative and deeply sophisticated paradigm of how human beings may be perceived in relation to their position within the cosmos, and offered new ways of understanding humans as a microcosmic blueprint of the Universe.

At its foundation, the philosophy of Taiji attempts to explain the workings of the universe, our world and the human body through the interactions, opposing and complementary, of two fundamental forces: Yin and Yang. According to this philosophy, each action or form occurs as a result of a certain combination of forces which are generated by Heaven, Earth or Humans. While each force has a different impact on actions and forms, all forces are inter-dependent and cannot exist in isolation from others. While developing their inherent energy, humans fulfill the tasks assigned by Heaven and Earth by leaning on two axes: the Axis of Heaven (Yang) and Axis of Earth (Yin). In addition, humans possess a certain internal potential which may be represented by the Human Axis. This axis is developed when different efforts are combined, for example, the Pre-Heavenly (nature) with the Post-Heavenly (nurture).